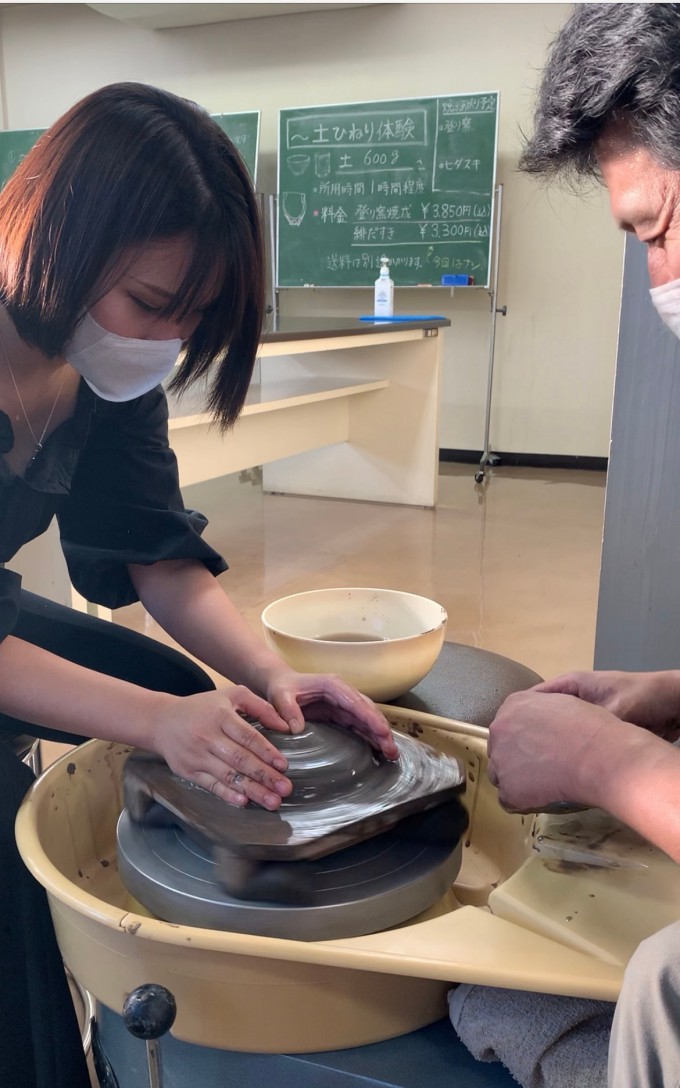 Access: The representative production area for Bizen Pottery is the Ibe district of Bizen City, located in southeastern Okayama Prefecture, where there is a concentration of Bizen Pottery artists’ studios and pottery stores.

To get to the Ibe area, take the Ako Line from JR Okayama Station for about 40 minutes and get off at JR Imbe Station. 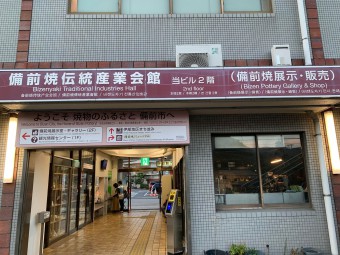 First, I would like to introduce the inside of the Bizen Pottery Museum, where I had the opportunity to experience pottery making. 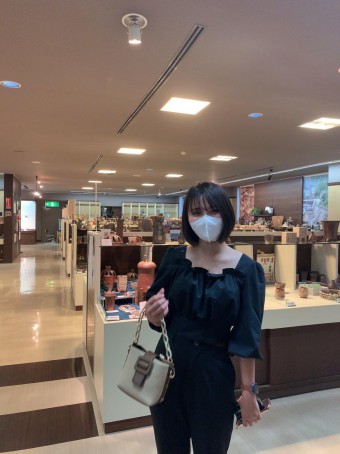 The Bizen Pottery Traditional Industry Hall, which includes the JR Ibe Station Building, has a tourist information center on the first floor, exhibits and sells the works of artists and potters who are members of the Bizen Pottery cooperative on the second floor. 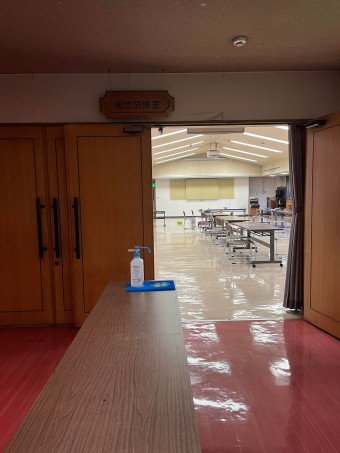 This is a general lab. It can accommodate a large group of people, but since it was just my friend and I, we experienced it in a bit smaller room. 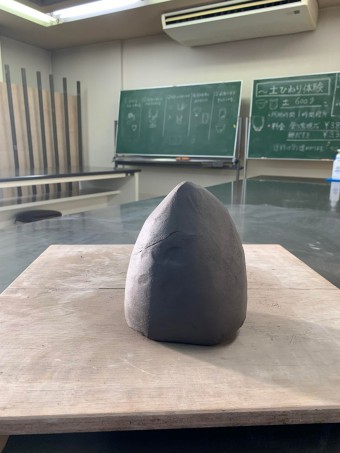 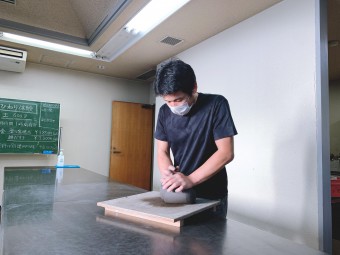 Even though it is a small room, it can probably accommodate eight students for the experience.

First, dumpling clay is crushed to form the base. 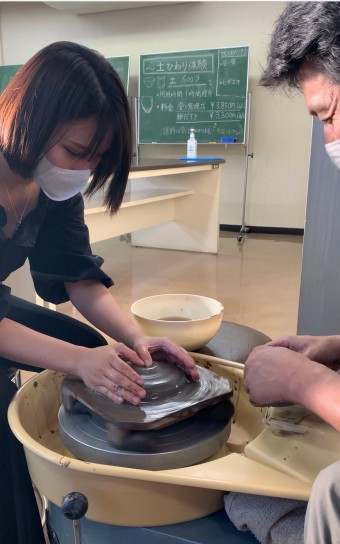 It was difficult because it was my first time. The teacher did the first hard step and I made it from the time the center comes out. (The center is the middle of the pottery, where I put my two thumbs).

At first, it was hard to make it the way I wanted, but I felt like I got a little better at it as we went through it more times, lol.

Next, I followed the teacher’s instructions to create the shape. It was so interesting that I lost track of time and got absorbed in it! 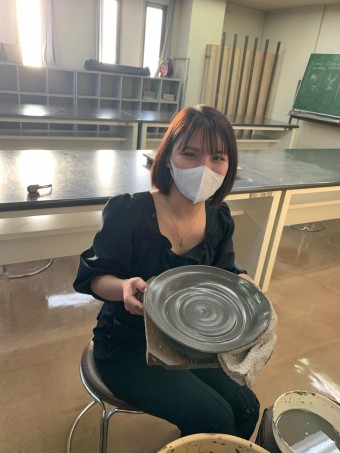 Finally, when the shaping was completed with a beautifully formed shape, the teacher cut the pottery away from the base. Above all, I was thrilled to see the finished pottery made by my own hands. After this, the final finished product, which has been dried, fired in a kiln, and cooled, will be sent to us in November.

The clay twisting experience in particular requires a couple of hours of your time, so don’t forget to reserve in advance!