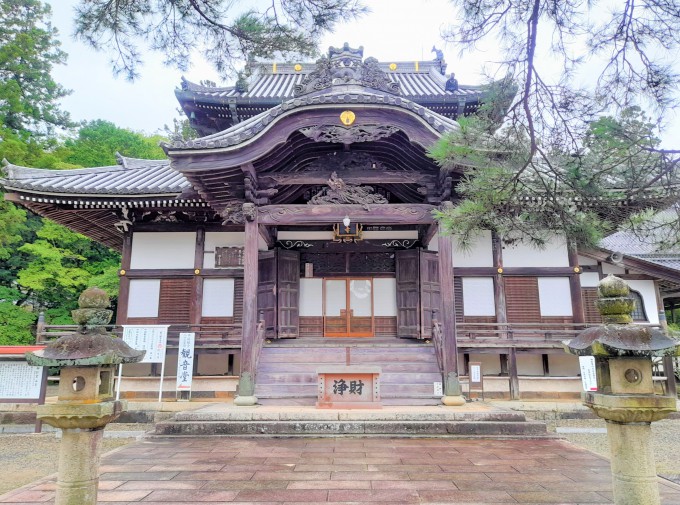 Few places hold as much mystique as the mountain regions of Kumenan-cho in northern Okayama.

There one can find spiritual treasures like Tanjoji Temple, where wishes are said to come true.

Tanjoji Temple was built on the site of the birthplace of Honen Shonin, the founder of Jodo-shu Buddhism or “The Pure Land School,” a widely practiced form of Buddhism in Japan and East Asia.

The temple is over 800 years old (circa 1193), and the ancient gingko tree in the vicinity is said to have been planted by the monk Honen Shonin himself. 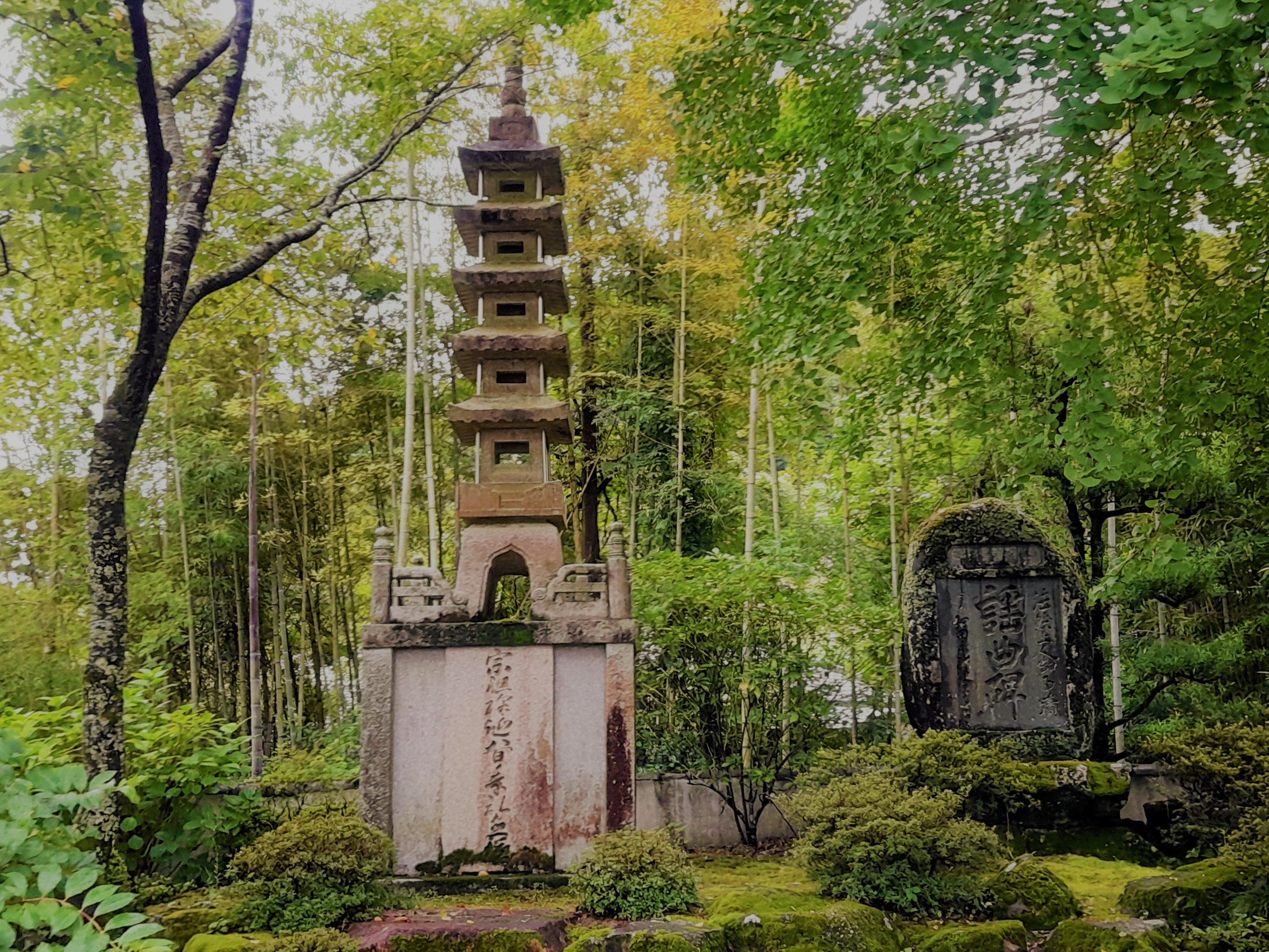 There is a plethora of treasures on the site, designated an Important Cultural Property, from the main temple hall, to the moat, walls, gates and the largest Buddha statue in Okayama prefecture. 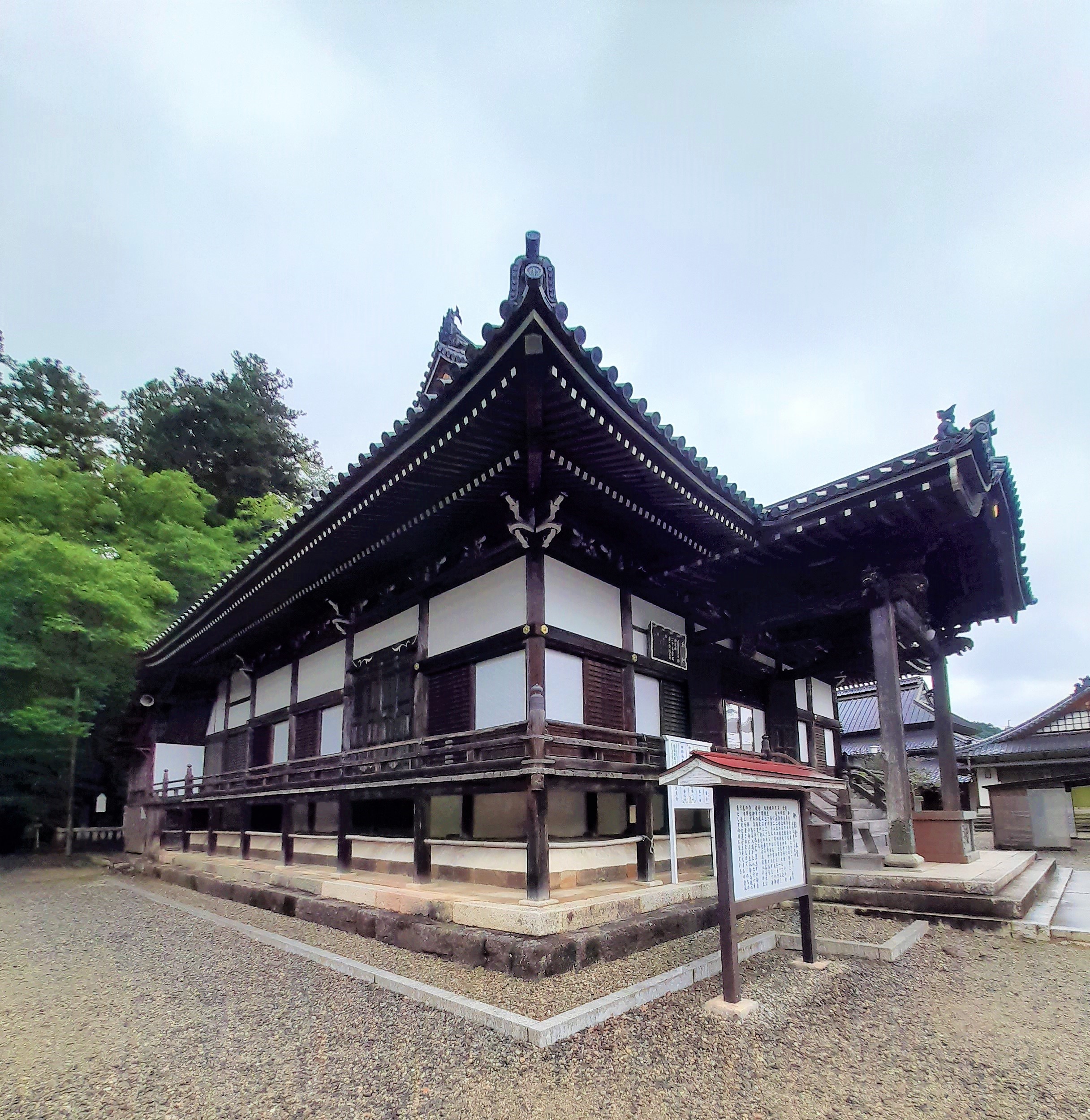 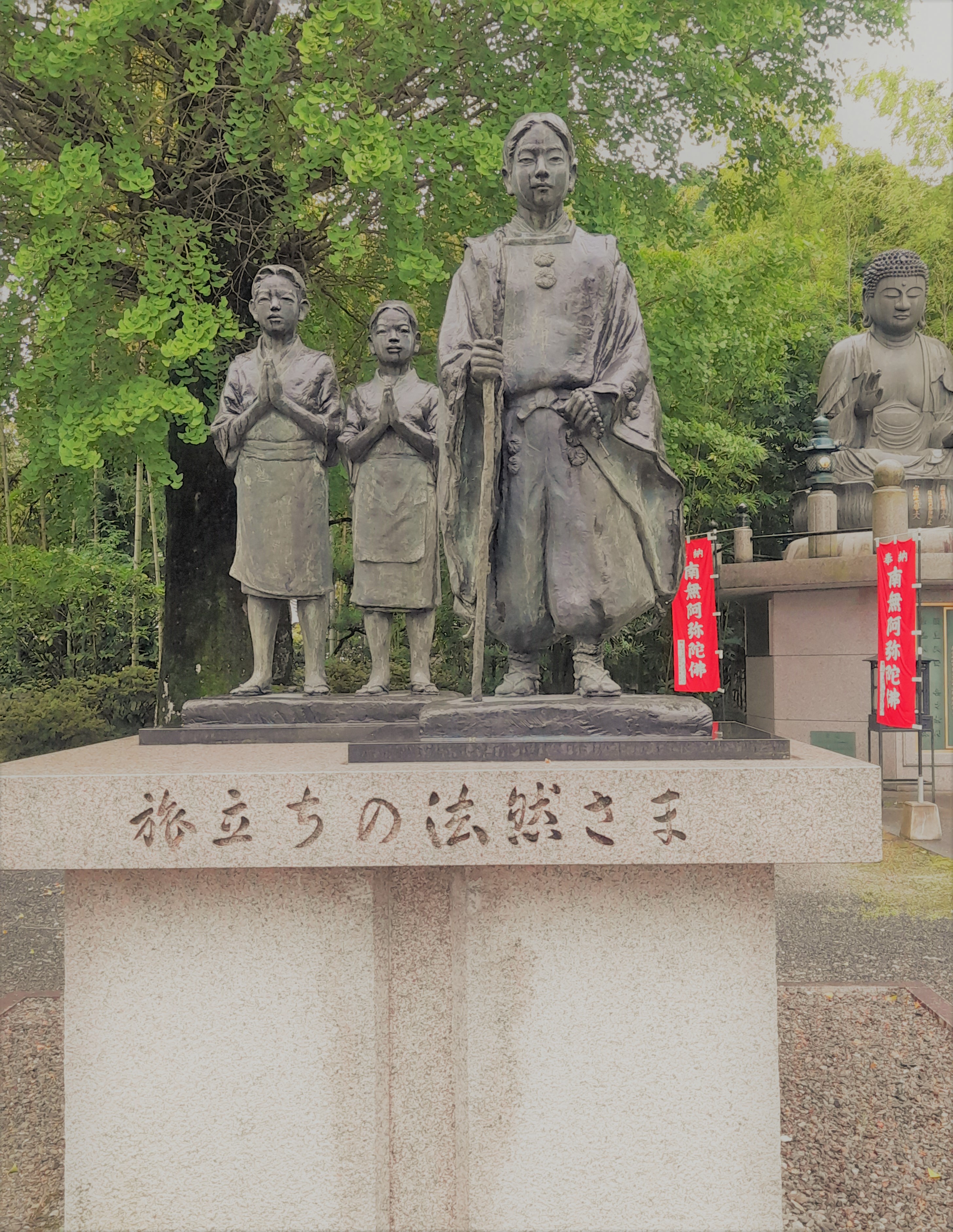 the young Honen departing home to become a monk 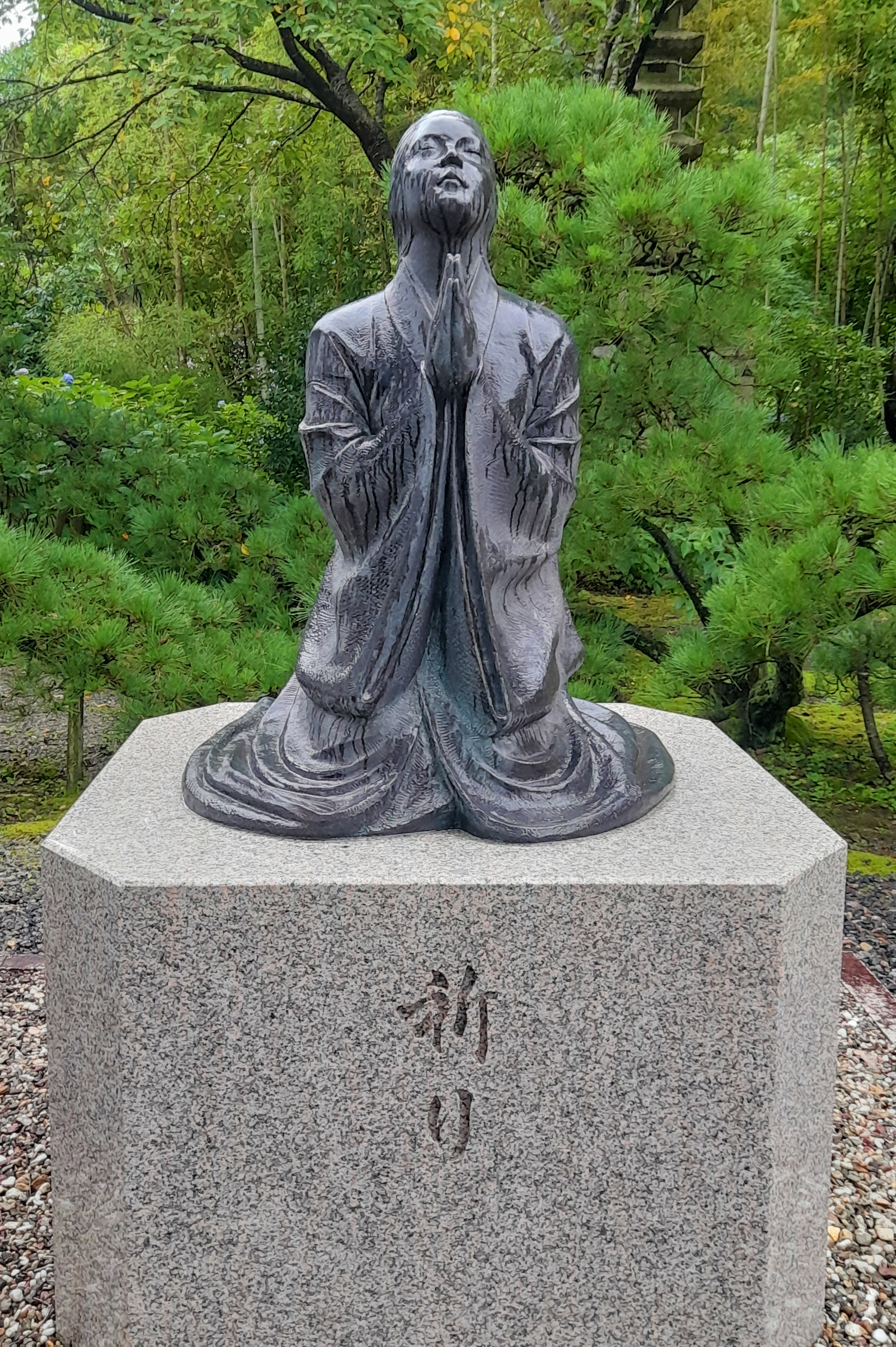 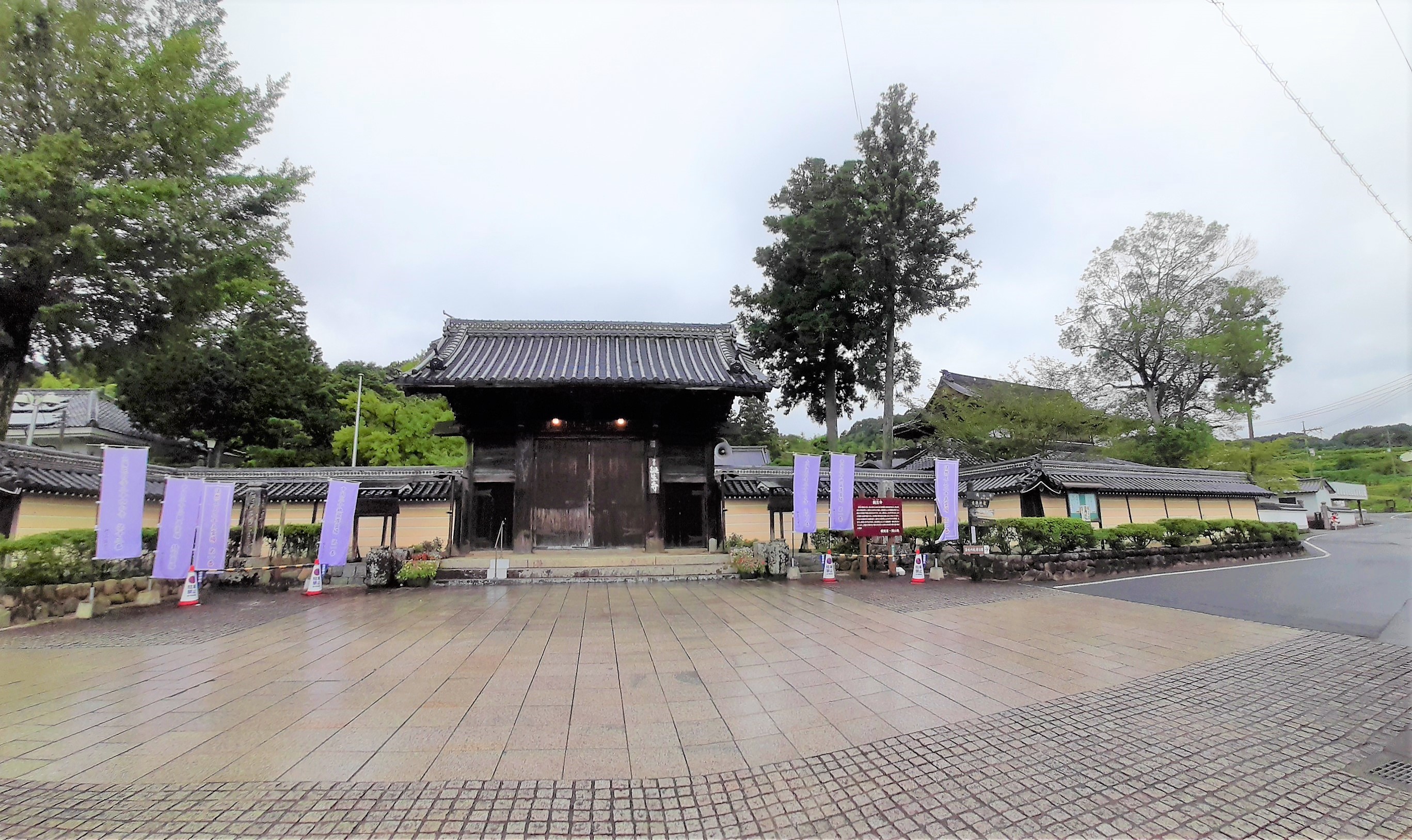 “Honen Shonin’s Parents’ Memorial Service for 25 Bodhisattvas” – one of the three major Buddhist memorial services in Japan harking back to the Muromachi era (1336-1573), is held here on the 3rd Sunday of April every year. 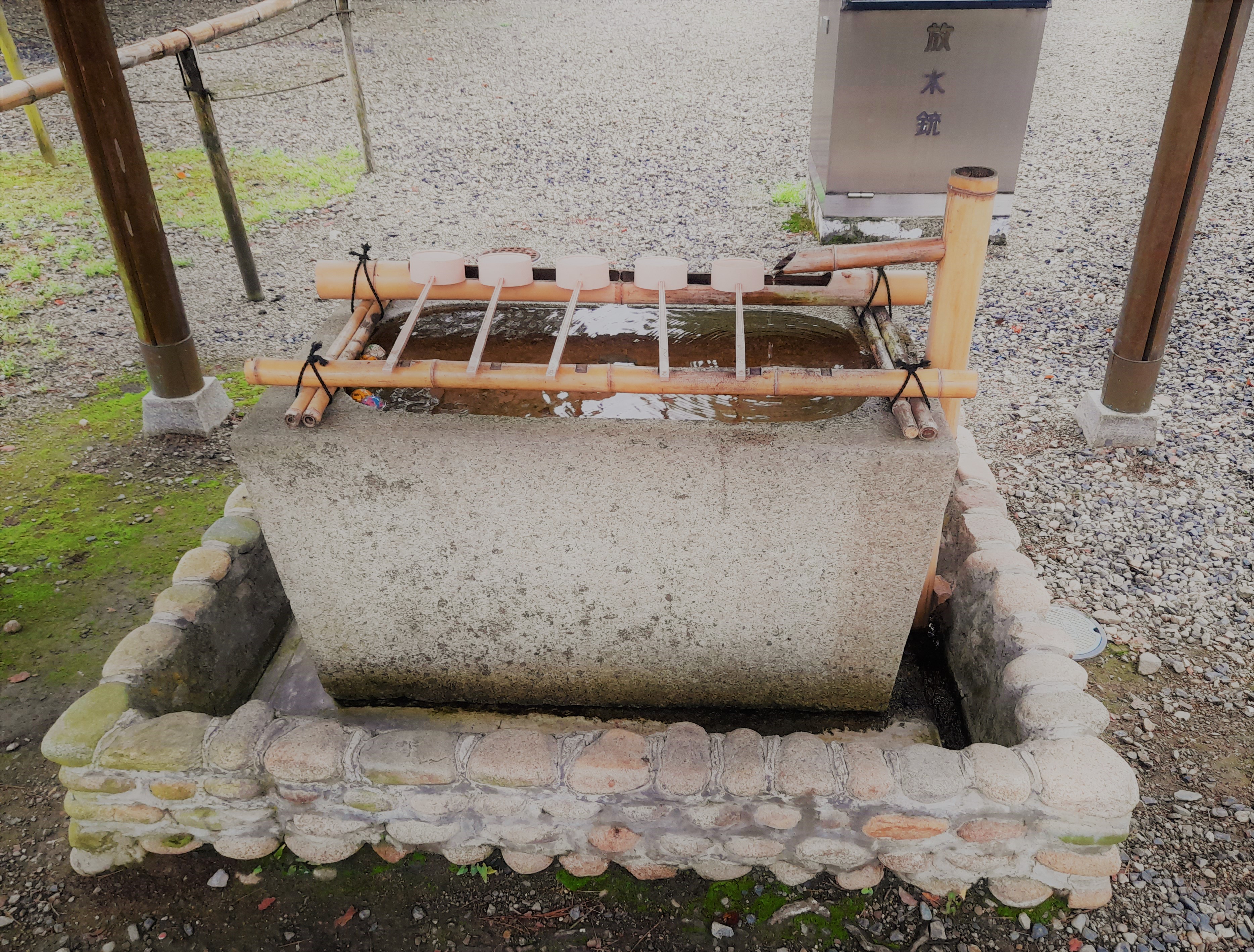 Enjoying the tranquility of it all, one could not doubt that this peaceful spot is indeed a spiritual stopover.

Tanjoji Temple is one of the 33 sacred Kannon sites in the Chugoku region. 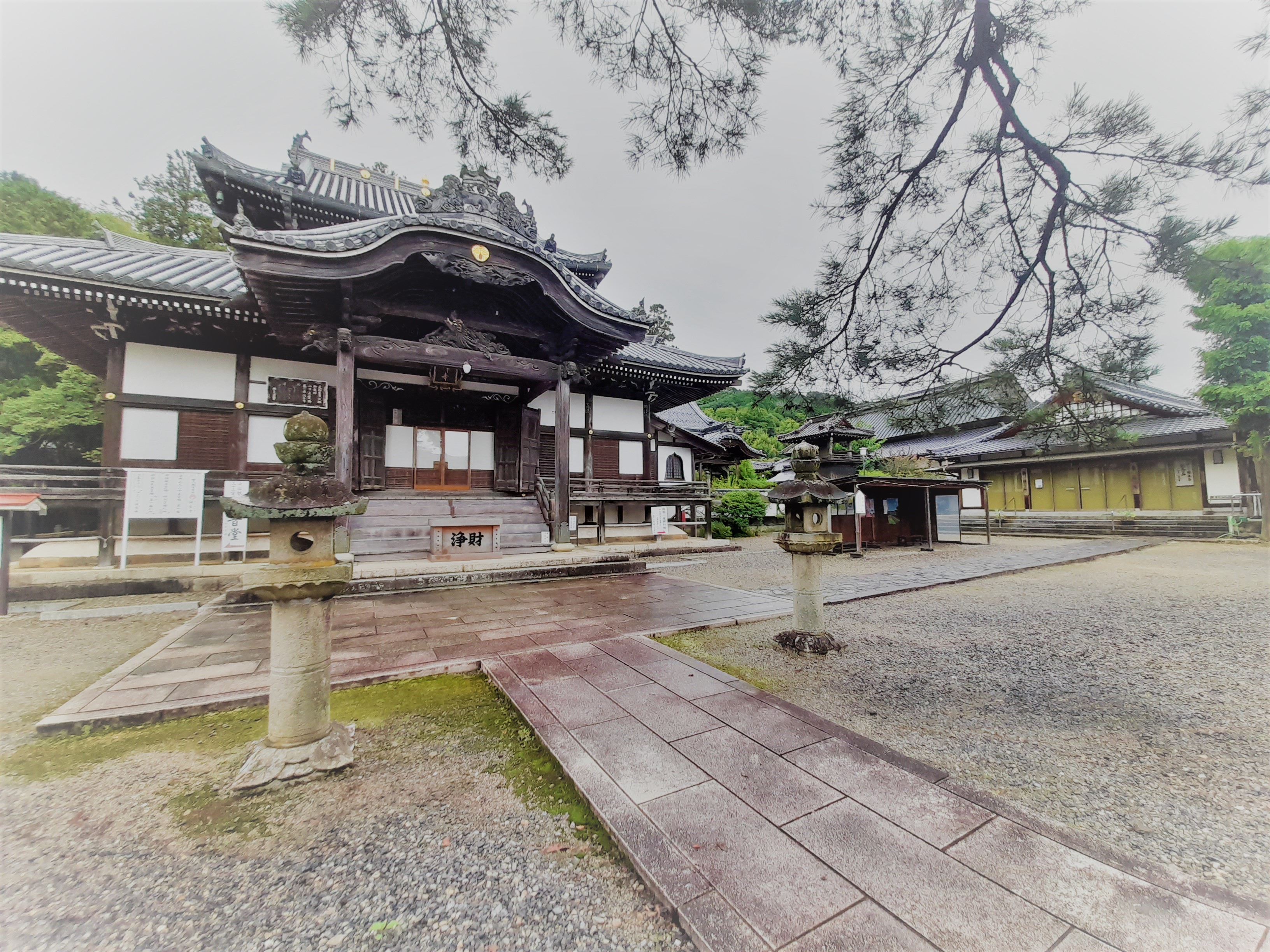 An interesting side note – the remains of Oshichi, a young girl in the Edo period sentenced to death for attempting arson (setting fire purposely) to meet her lover are in the Kannon Hall of Tanjoji Temple.

This tragic story has been the theme of many plays, and immortalized in the book Five Women Who Loved Love (1685) by classic Japanese poet Ihara Saikaku. 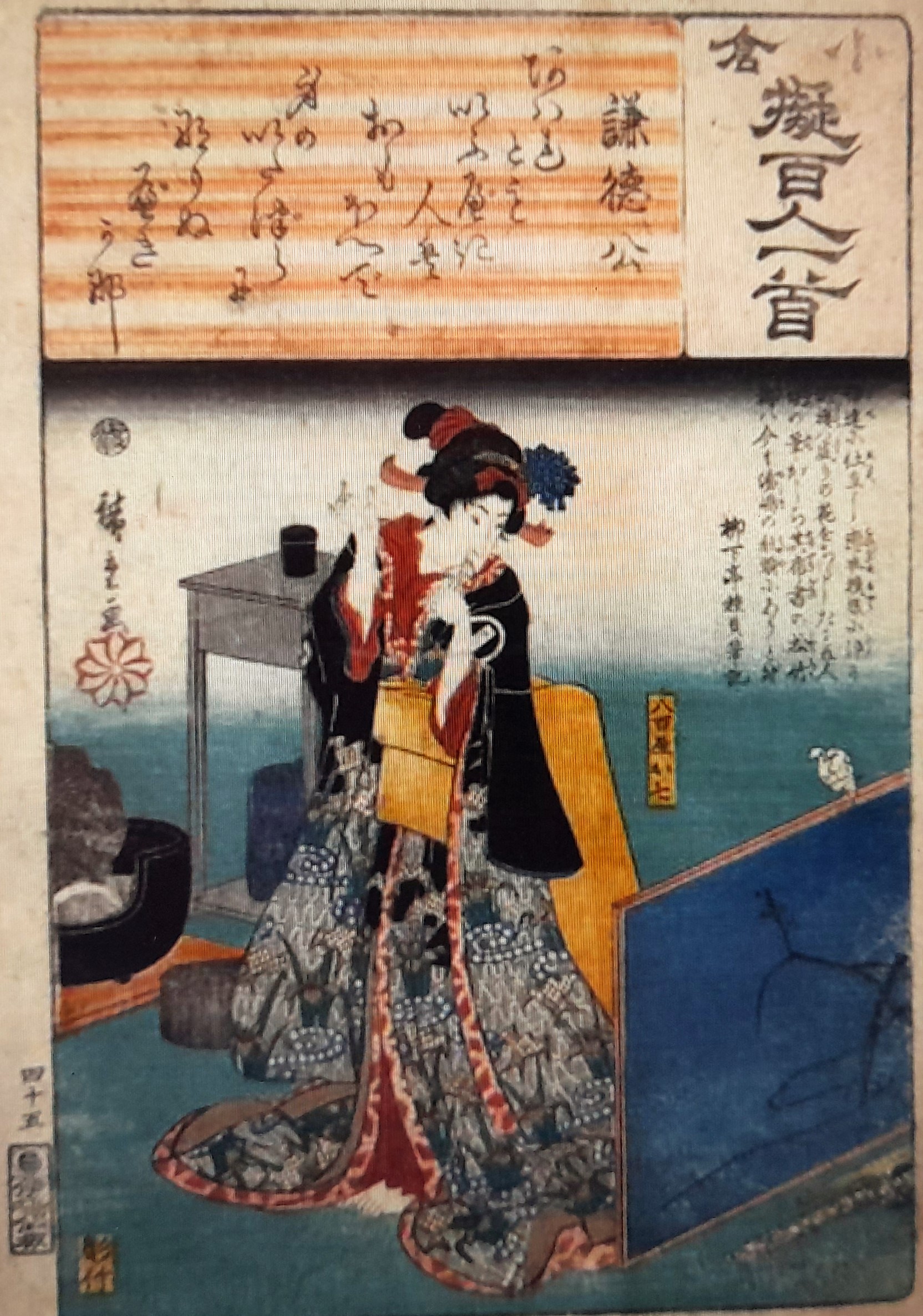 (photo public domain from the Rijksmuseum)

Yaoya Oshichi was a greengrocer’s daughter who lived in the Hongo neighbourhood of Edo (now present-day Tokyo).

While taking refuge with her family in the temple during a great fire, Oshichi met and fell in love with the temple page boy (Kichisaburo).

Temples were the evacuation areas for fires then. 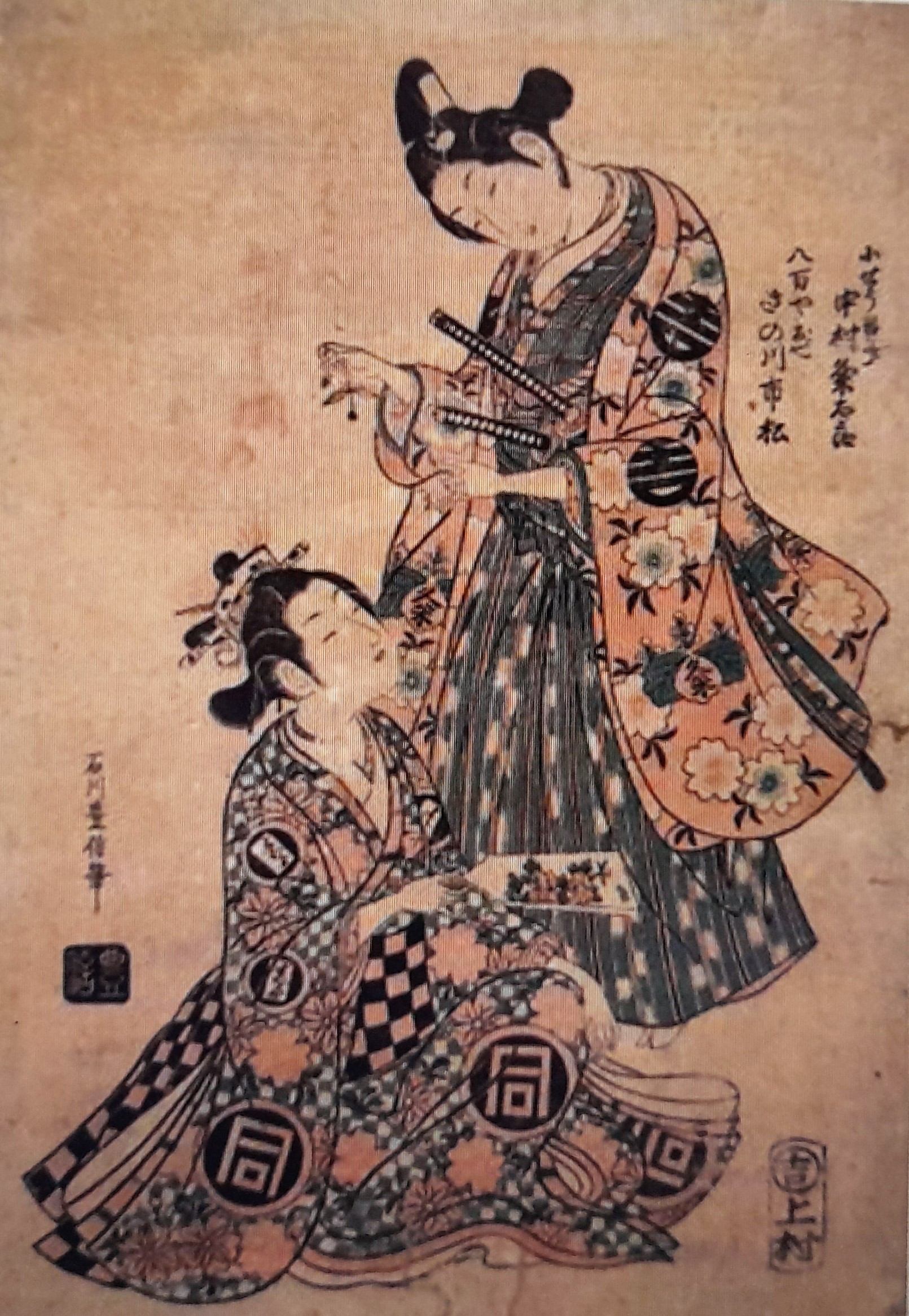 (photo public domain from the Rijksmuseum)

Thinking that they would be able to meet again if another fire occurred, she started another fire, was caught, and condemned to death by burning at the stake.

At that time, children under the age of 16 were considered minors. The magistrate at the trial knew this and asked Oshichi if she was 15 (so she could avoid the death penalty). Oshichi did not understand that the judge was trying to save her and innocently answered that she was 16, and so was treated as an adult and burned to death as punishment.

Since then, there has been a great deal of sympathy for the girl, because of her young age, and the circumstances surrounding her death.

Many years later, her parents gave her memorial tablets and kimono to a monk who was visiting Tokyo (for him to do the memorial services). The monk took these back to Tanjoji Temple, where they are kept this very day. 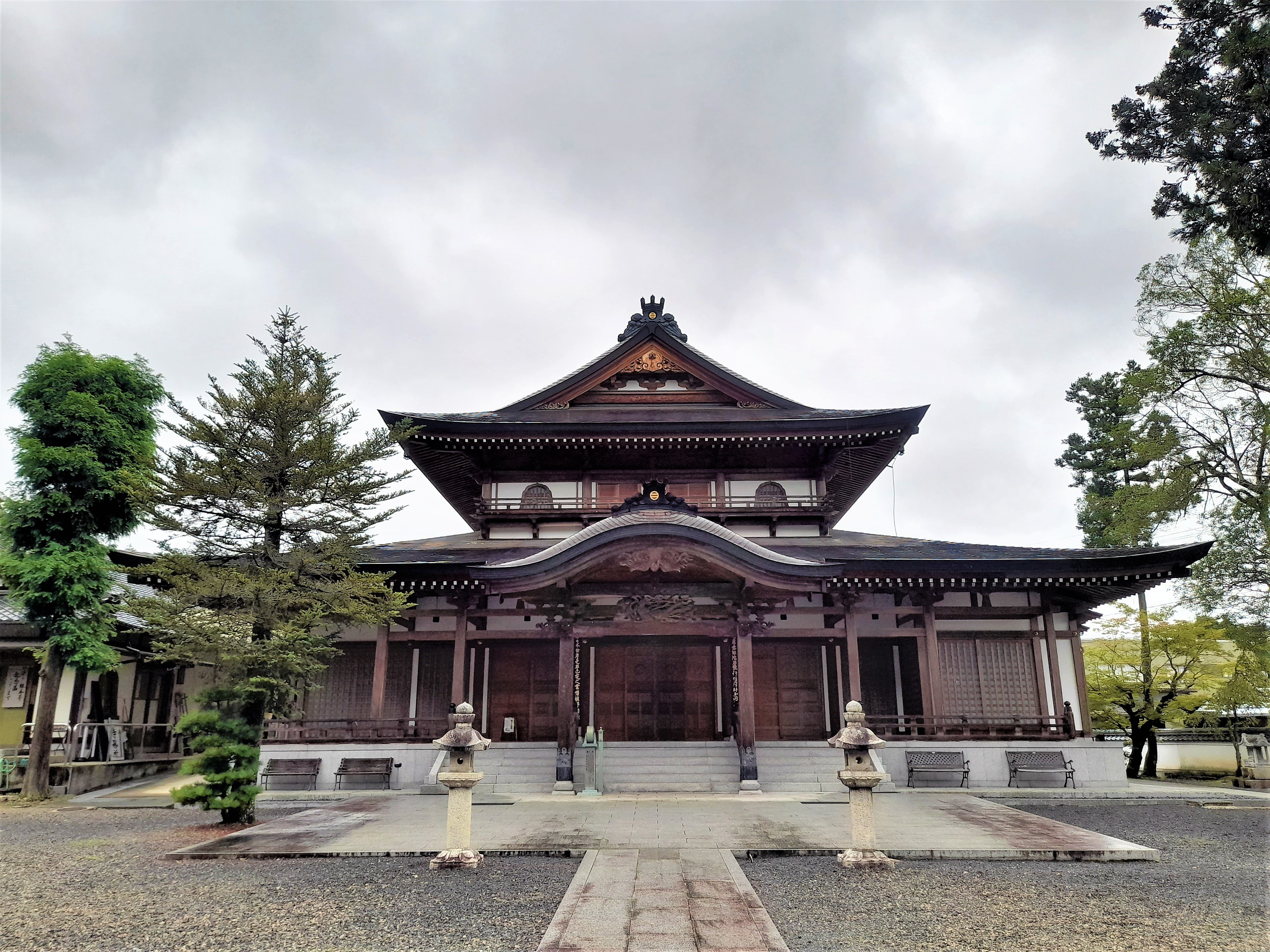 The Kannon Hall is for the goddess of compassion, and it is dedicated to Oshichi, in the hopes that no one should ever suffer such a terrible end like hers ever again.

It is said that a visit to this “Oshichi Kannon” seven times will surely mean the fulfillment of one’s hopes and wishes, and the washing away of distress and suffering. cactus shop on the way to Tanjoji Temple 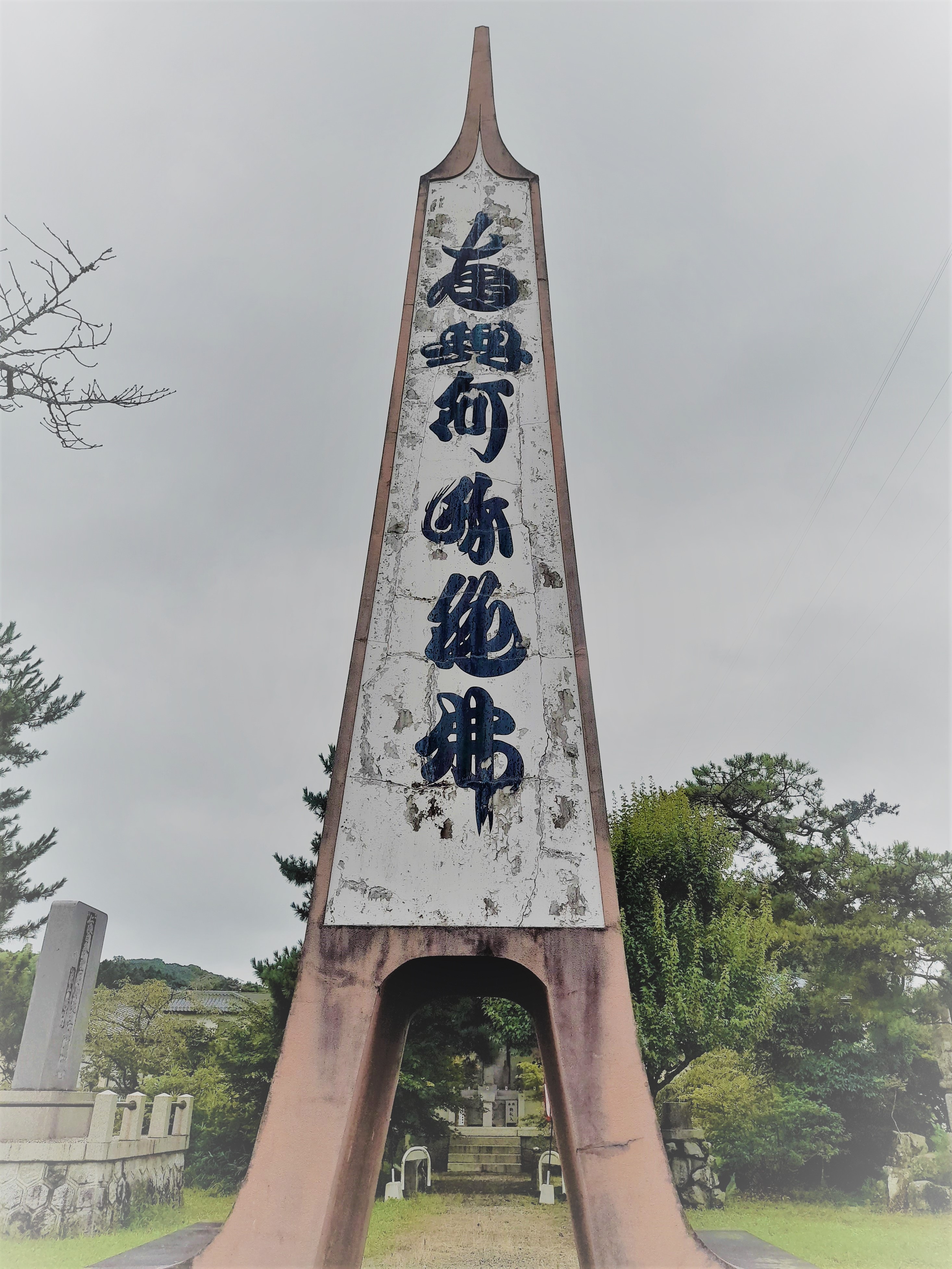 Those in search of a burning passionate love like Oshichi are also advised to come to Tanjoji Temple.

Incidentally, the shrine stamp or goshuin of Tokikiri Inari Jinja (with the stunning red torii gates) can be obtained at Tanjoji Temple. Both sites are walking distance from each other. 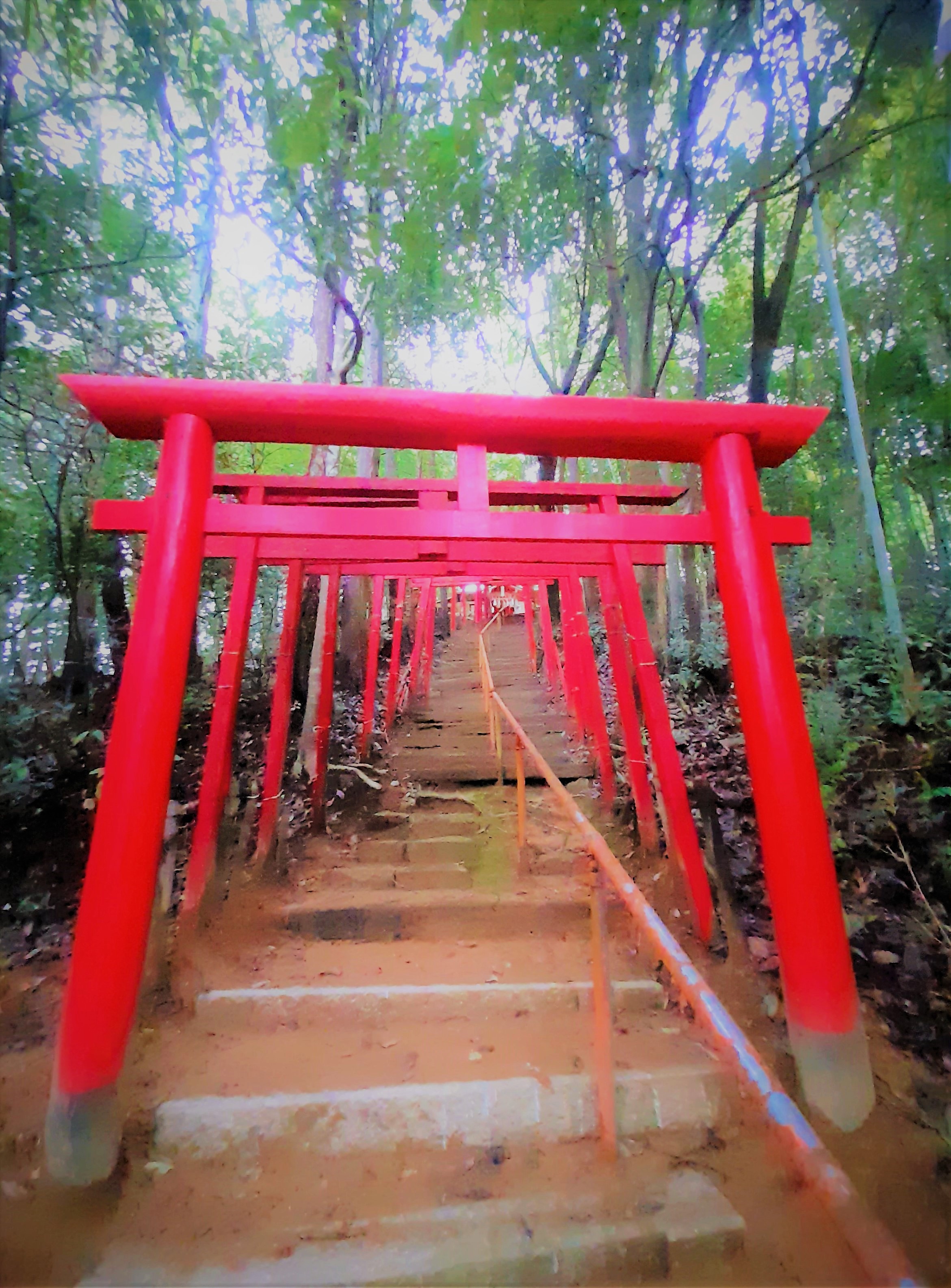 Japan’s largest and top 100 rice terraces, Kitasho and Kamimomi Rice Terraces, are within 10 minutes’ drive from Tanjoji Temple, and the famous tamago kake gohan (egg over rice) place, Shokudo Kamecchi is within the same distance as well – making for a day well spent. After cutting off bad memories at Tokikiri Inari Jinja, come refresh and sweep troubles away at Tanjoji Temple. And perhaps find a love that burns for eternity.

Other Interesting Places nearby